Cross River Pictures is a video production company based in Brooklyn, New York. As stated simply on their website, they ‘make cool stuff (mostly videos).’ 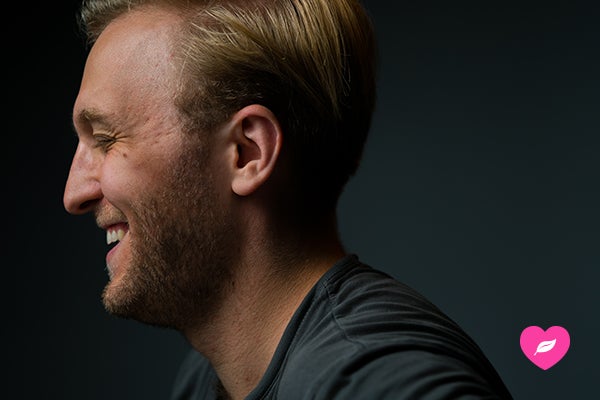 Sean Meehan always knew he wanted to make films. After graduating in 2011, it didn’t take him long to turn his passion into a reality. Enter: Cross River Pictures, a video production company based in Brooklyn, New York. As stated simply on their website, they ‘make cool stuff (mostly videos).’

Today, Sean has worked for a variety of bands and brands, specializing in documentary-style pieces for tech companies. Projects include short videos to promote apps like Yapp and Path, as well as customer profiles for Medisafe, a medical pill reminder app. What sets Cross River Pictures apart is that the product itself is rarely the focus; instead, it’s the people behind it. The videos are honest accounts of how a product solves a problem or improves the quality of life for an individual–they tell a story rather than feel like an ad.

What was life like before Cross River Pictures and what motivated you to quit your day job and start your own business?

After I graduated college in 2011, I got a job running a small TV studio in a small town outside of Boston.  I had wanted to be a filmmaker since college and to create stuff like short film features. After about 9 months, the administration decided to go in another direction, so all of us at the studio were let go. This was the kick-in-the-butt I needed to go off on my own and turn my side-gig into a full-time freelancing career.

There was a pretty active Twitter community at the time, so I had been able to make contacts with a lot of other folks like me. I started reaching out to them, basically saying ‘hey I’m available full time now. So if you guys need an extra hand on set, I’m here.’

It took some time to ramp up, but by the beginning of 2013, I was getting more consistent work with regular clients. I was mostly working with small businesses and making music videos for brands.

Sean’s 3 pearls of wisdom for entrepreneurs:

Allow yourself to indulge in a passion project ‘just for fun’ whenever it starts to feel too much like ‘work.’

Describe the biggest challenge you’ve experienced as a small business owner and how you dealt with it.

The biggest challenge is that my industry tends to obsess over new technologies, so it’s hard to decide when to upgrade or adopt. For example, new video formats are changing all the time. It’s tough because I’m a total nerd for all this stuff so I would buy it all if I could, but since work fluctuates month-to-month, it’s paramount to make smart decisions about big purchases. For the most part, I read what my clients are asking for and I’ll only consider a new technology when I’m getting consistent client requests for it. Luckily, I live in a vibrant rental market, so I don’t have the burden of needing to own everything right away–I can rent things as needed.

Share a story where you went above and beyond to solve a problem.

A couple of years ago I was hired to direct a music video for a for a song called Thanksgiving Day by a country band called Run 8 Rider. I pitched them this concept—we would open with an elderly man going through his old home movies and reminiscing about different periods in his life.

Portraying the passage of time is tricky in general, and we had the added wrinkle of only having one day to shoot the film.

While doing the location scout, we had noticed there was a motorized stair climber in the house. A light bulb went off—if we attached the camera to the stairclimber, we could send the camera down every time we transitioned time periods. Since the stairclimber would always be in the same position and speed, it would be easy to blend the time periods in post-production and showcase the passage of time in a dynamic hero-shot.

Along with having a great production designer who was able to redress the house 3 times and multiple actors to play the characters through each time period, we managed to complete the entire shoot in just one day.

This was creative problem-solving at it’s best.  The band was really blown away by the results!

It’s a typical work day. Where would we find you?

When I’m not shooting, I’m working out of the new office space I rent. Very occasionally I’ll do a little bit of work from home but I’ve really made a concerted effort to try to get everything done at the office and really separate work life and home life whenever I can.

Sean at work on a shoot

There’s certainly something to be said for putting your head down and just working as hard as you can, but I always find I’m infinitely more productive if I’m jazzed about what I’m doing. I try to really lean in anytime inspiration comes, and thankfully it happens to come frequently. I don’t really stress myself out too much about putting in 12 or 14 hours every single day no matter what.

Having said that, I am a very sweaty person so I guess there is perspiration involved too–but that’s a bi-product.

Who is your role model?

I look up to my dad with a lot of great veneration. He doesn’t own his own company but he has worked for the same company for 45 years. He started at NBC as a page on the first Saturday Night Live and has continued to move up in the same organization for his entire career. He’s pretty high up now and I’ve always admired his ability to manage other people and get the best out of them.

I hear anecdotally about how well my dad treats people at work and that’s had a huge impact on how I run my business. The way I treat people is incredibly important and I think I can attribute a lot of my success to it. I’m really proud of my dad (which is a strange thing for a son to say about a father).

Do you have a motivational mantra or inspirational quote that helps you get you out of bed in the morning?

“Be better today than you were yesterday.” It applies everywhere and is vague enough that you won’t beat yourself up if your improvement has nothing to do with work.

Work/life balance is *tough* for a small business owner. How do you stay balanced?

I think that’s always the struggle. I try to be mindful of separating out some time for family and non-work-related stuff whenever I can. I’ll keep my brain focused for the majority of my day and carve out time to mentally and physically check out of work. For example, I’ve gone on vacation before and turned off all electronics for three or four days, which is terrifying but also much needed.

I think having a physical boundary between work and home helps as well. It’s part of the reason I moved into this office space–I don’t have my big computer with all my work on it 2 feet away from me. My work-life balance is already improving because of this.

What’s next for Cross River Pictures?

I’m hoping to scale production to a more consistent level. I really want to start getting into agency work and being hired as a director on projects more often. I would love for agencies, especially local agencies, to be aware of Cross River pictures as a company that can deliver consistently, great work they can stand behind.

Sean and his wife are the proud owners of a furry 1-year-old corgi pup named Nemo. Nemo accompanies Sean to the office a couple times a week and is the most popular employee. He even has his own (heart-melting) Instagram account: @nemothecorgipup. Follow him to know what he gets up to on his adorable Insta-adventures!

Want to be featured in FreshBooks Customer Stories? Fill out this submission form. 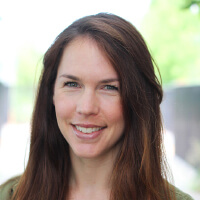 Content Editor, FreshBooks Amanda is a content editor at FreshBooks, writing and producing blog content to help small business owners achieve their goals and enjoy (yes, actually enjoy!) running their business. Amanda’s background in education and customer support makes her a natural communicator who loves empowering others to succeed. When she’s not writing and editing content, Amanda takes her dog, Jonny, on adventures searching for the best coleslaw in Toronto.