Highlights from #imakealiving PDX and Looking Ahead to 2019!

FreshBooks is on the road! Last month, we hosted #imakealiving in Portland, Oregon. We’re looking forward to continuing the North American #imakealiving Tour in 2019! 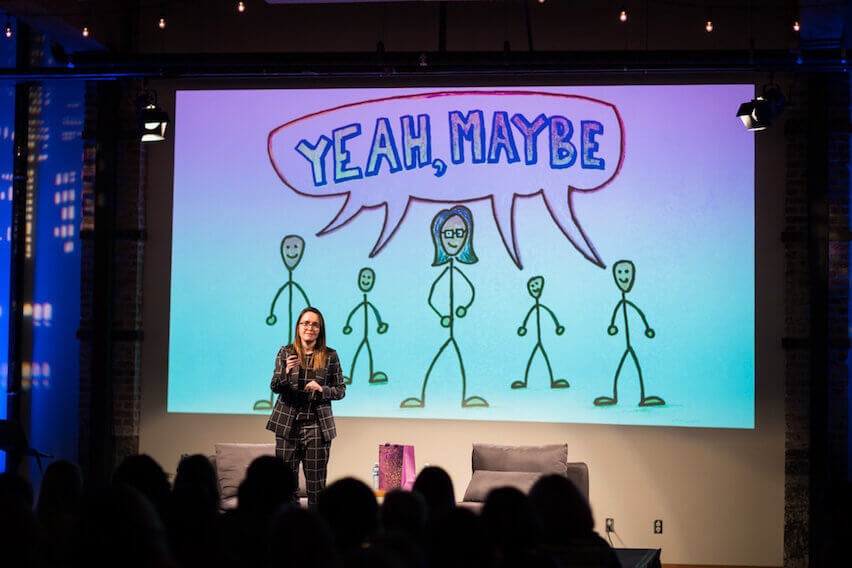 With great risk comes great reward — and for small business owners everywhere, this couldn’t ring truer! Plenty of heart, soul and labor goes into the creation and day-to-day of a small business. And guess what? FreshBooks is here for you every step of that journey.

Last month, we hosted two #imakealiving events: one in Austin and the other in Portland. Here’s how Portland, Oregon went down!

The audience and our keynote, Emma McIlroy were welcomed by FreshBooks’ Events Manager, Irene Elliott.

Emma is the CEO, CMO and co-founder of popular clothing brand Wildfang.

Emma spearheaded its launch in March 2013, with over 20,000 women joining the family in just 30 days. Wildfang’s passionate international fan base now includes celebrity supporters Evan Rachel Wood, Janelle Monae, Miley Cyrus and Ellen Page. And they now have 2 retail locations — one in New York and the other in Los Angeles.

Before launching Wildfang, Emma spent a decade in brand and product marketing at world-class brands Nike and Barclays.

To kick things off, Emma began with an anecdote about a defining moment in her childhood when she was “fossil hunting.” She convinced herself she found a mammoth’s foot (yes — you read that correctly). What really resonated with Emma was her mother’s response when she proudly displayed her found treasure.

She could have easily said: “Yeah, right.”

But instead, she replied: “Yeah, maybe.”

Getting my “Yeah Maybe” on with a few hundred folks listening to @irishem333 talk about how a rock changed her life. @freshbooks #imakealiving pic.twitter.com/hTuCcIPtxy

Her mother then proceeded to make an appointment at the museum to share Emma’s “findings.” The next day, the head of paleontology called Emma’s home, to confirm her findings. He concluded that this rock was not a mammoth’s foot. But here’s the shocker.

It was actually a 200 million-year-old ichthyosaur’s skull, and to top it off, one of the world’s best specimens ever discovered in Ireland.

“As kids, we have imagination in plentiful supply. We look at small gray rocks and we see a mammoth’s foot. Because we haven’t yet been taught to default to the mundane, the conventional and the ordinary.”

This imaginative streak would serve Emma very well in the years to come.

Fast forward to 2010 during a department store visit with a close friend, Julia Parsley. Emma and her friend were frustrated when they couldn’t find the colors and styles in the women’s section. Of course, these options were offered in the men’s section, but they did not fit their lady-like frames…

So Emma asked herself: “Why are there gender rules for clothing?”

That’s when the idea struck. Why didn’t she and Julia just create their own clothing brand that allows women to wear whatever they want to.

And did Julia shut this wild idea down?

She responded with the same thing Emma’s mother said so many years ago: “Yeah, maybe.” 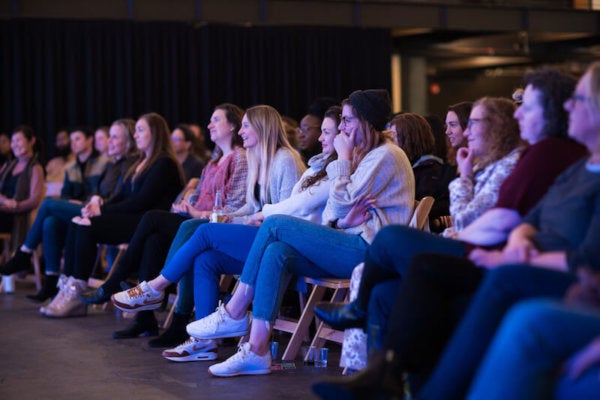 Emma couldn’t stop obsessing about this idea while she was working days at Nike, despite the fact that she knew nothing about starting a business.

“I kept thinking: ‘Yeah, maybe. Maybe you could build a brand from scratch. Maybe you can disrupt all the gender rules that don’t make sense in fashion. Maybe, there are other women out there that, like you, don’t feel like they fit in anywhere. Maybe there are women who are masculine and feminine.”

In 2013, Emma launched Wildfang. Without any money to spend on advertising, she had 22,000 people sign up in the first month of operations.

The biggest realization for Emma?

“We were right that there were millions of women just like us – that wanted a place to call home.”
If it hadn’t been for those “yeah, maybe” people in her life, Emma may have given up on her wild dreams a long time ago.

She admits it’s that it is hard for people to see past the rules and conventions that society has placed in front of them. The psychological term for this is functional fixedness.

Thanks to @freshbooks for hosting us at the #imakealiving event last night. Best advice by @irishem333 of @wearewildfang: Just keep going and don’t quit. If a door closes, open another window. #badasswomen #yeahmaybe pic.twitter.com/aMB3nbETtW

As she wrapped up her talk in Portland, Emma asked the audience to change the work by seeing past that convention and focus on these two words: “Yes, maybe.”

Looking Ahead to the 2019 North American #imakealiving Tour

In 2019, we’ll be continuing on our #imakealiving tour across North America. Each and every #imakealiving event helps to facilitate and inspire connections between small business owners — and we’re honored to be a part of it all. Ready to get the conversation going? We can’t wait to meet you! 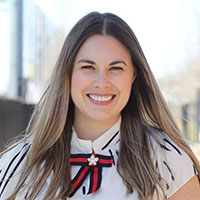