FreshBooks powers some truly unique small businesses. But the Liberace Museum inside Michael Jackson’s Thriller Villa may be in a league of its own! 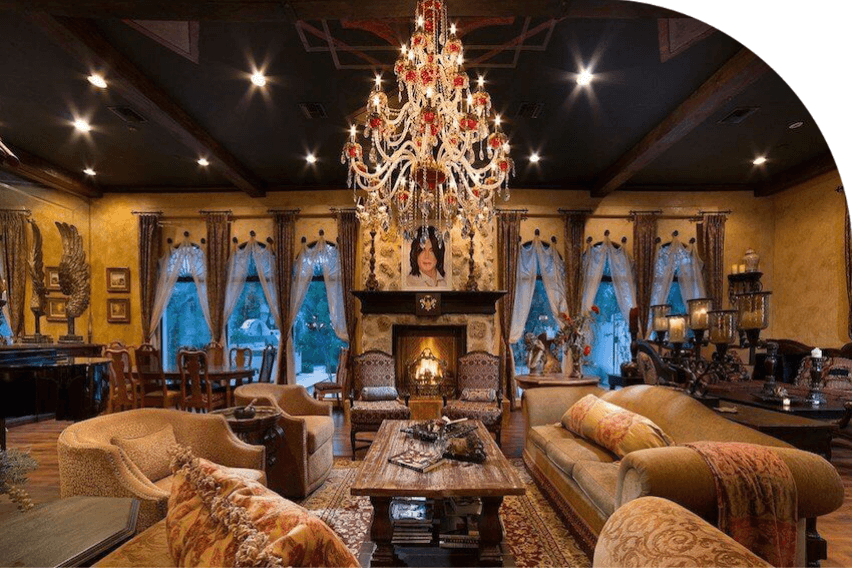 Financial difficulties due to debt and overhead

It’s a match made in harmony heaven: Liberace and Michael Jackson are (almost) living together. At the heart of Las Vegas lies the Thriller Villa, a 27,000 square foot estate chock-full of rhinestone-encrusted capes and golden shoes with built-in lifts.

This was Jackson’s last inhabited property and is now home to the FreshBooks-powered Liberace Foundation’s collection. The Liberace Foundation manages the largest collection of artifacts owned by the exuberant piano player, who was the world’s highest-paid entertainer in the 1970s.

At FreshBooks, we love to get out into the small business community and visit our customers. These visits are always exciting, but they don’t often lead to a sprawling estate. It was a pinch-me moment when we entered the villa to be greeted by a ten-foot-tall portrait of Michael Jackson flanked by a gilded grand piano in the foyer.

But we were there for practical reasons too: We conduct these visits to learn more about our customers; what they do; and how we can further improve the FreshBooks product to suit their needs.

The origin story of the Thriller Villa / Liberace Museum is one that reminds us that small businesses operate in many guises. The back story in itself is worth telling!

The Thriller Villa was originally built in Mexico before being transported brick by brick to Nevada. Ownership of the estate changed a few times until it fell into the hands of Counsel Aner Iglesias, the current owner.

In 2007, Michael Jackson rented the property from him to escape the public eye and lived there until his death in 2009.

Fans who knew where Jackson had been calling home ransacked and vandalized the estate in the weeks following his death. Jackson’s art collection valued in the hundreds of millions was stolen from an underground tunnel leading to the basement.

Insurance on this art had been so high that Iglesias demanded to see the works in person. None of it has been recovered.

From managing donations for the Liberace Foundation to invoicing for a mansion’s renovation, FreshBooks serves a wide array of business owners across many industries.

The Liberace Collection: From Strip Mall to Mansion

The Liberace Collection was once housed in a strip mall and boasted 450,000 visitors per year. However, a sharp decline in attendance was attributed to a failure in Liberace’s popularity to resonate with millennials.

In 2010, when the Liberace Foundation’s endowment was shrinking, the doors closed and the collection went into storage. The dust was wiped from the items in 2015 when the foundation’s new president Jonathan Warren found a home for the artifacts in the Thriller Villa.

Jonathan also made the wise decision to set the business up for success by running it on FreshBooks.

Tearing Down the Walls to Make Way for Glitter

After Jackson’s death and the vandalism that followed, the home was in shambles.

Design consultant, Paulina Biggs-Sparkuhl (also a FreshBooks customer!) was hired to overhaul the interior of the estate to house the Liberace Collection.

Given the defacement and deterioration, the work was significant. From pulling giant fish tanks (dead fish and all) out of the salon walls to designing a custom chandelier for the chapel (what kind of Vegas estate is complete without a space for a quickie wedding!?), Paulina was there to ensure the estate would be a great fit for the collection.

Post-renovation, the interior of the home melds the King of Pop and Mr. Showmanship. It’s hard not to imagine the two entertainers sharing a stage (something that sadly never occurred).

Walking through the mansion is a feast for the senses: Hallways of rhinestone-studded costumes once worn by Liberace mingle amongst numerous photos of Jackson, all against an opulent backdrop.

A highlight of the Liberace museum’s collection is a 200-pound cape Liberace wore on stage. Why the heavyweight? The cape had an electrical box and lights installed — no LEDs back in the 1970s! 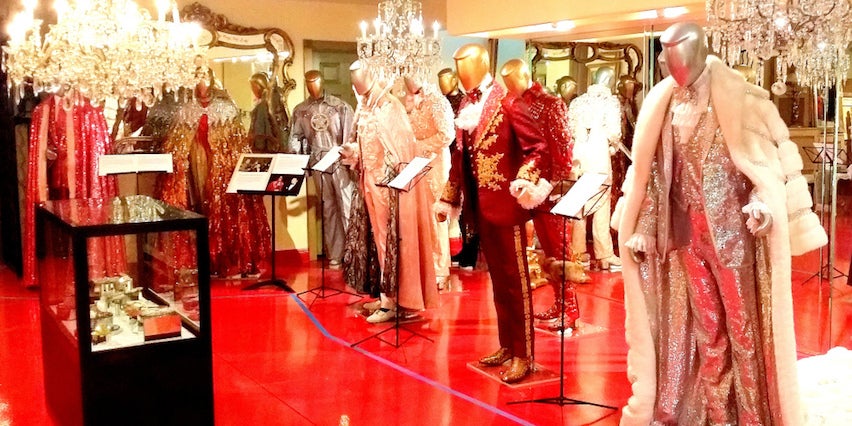 Collection of Liberace costumes on display.

The Business Behind the Razzle-Dazzle: The Liberace Foundation

The Liberace Foundation was born in 1976 and endowed by Liberace with a multitude of costumes, automobiles, antiques, art, jewelry, and $4 million in cash. The intention was to offer financial help and artistic exposure to gifted newcomers in the industry.

“A lot of good things have happened to me in show business and I want to do what I can to give others just starting out a career boost.  I hope the Foundation projects will continue into the future to offer gifted newcomers financial help, and in many cases, artistic exposure as well.”

After the fund saw its sunset in 2011, the foundation was met with difficult times. Income had diminished and the museum was closed. The previous chairman had stepped down amidst millions of dollars in debt and massive overhead. In 2014, Jonathan was elected chairman to the foundation.

Today, donors are attracted to the minimal overhead. Operating from the cloud was critical to keep costs low and paramount in the decision to use FreshBooks for their billing needs.

FreshBooks Has a Great, Diverse Range of Customers

From managing donations for the Liberace Foundation to invoicing for a mansion’s renovation, FreshBooks serves a wide array of business owners across many industries.

Your small business may not be as flamboyant and fabulous as the Liberace Foundation (or maybe it is), but FreshBooks is built to serve small business owners in all different shapes and sizes. Ultimately, FreshBooks thrives when our customers do too.

We also love getting out to visit our customers in their own environments. It makes their small business “real” to us. And we have an opportunity to learn how we can improve our product to help them run their business—whatever that may be—even better. 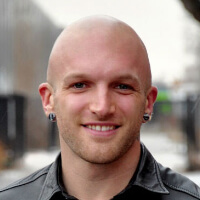