"We had a record year this past year. Could we have done it without FreshBooks? I don’t know how we would have." 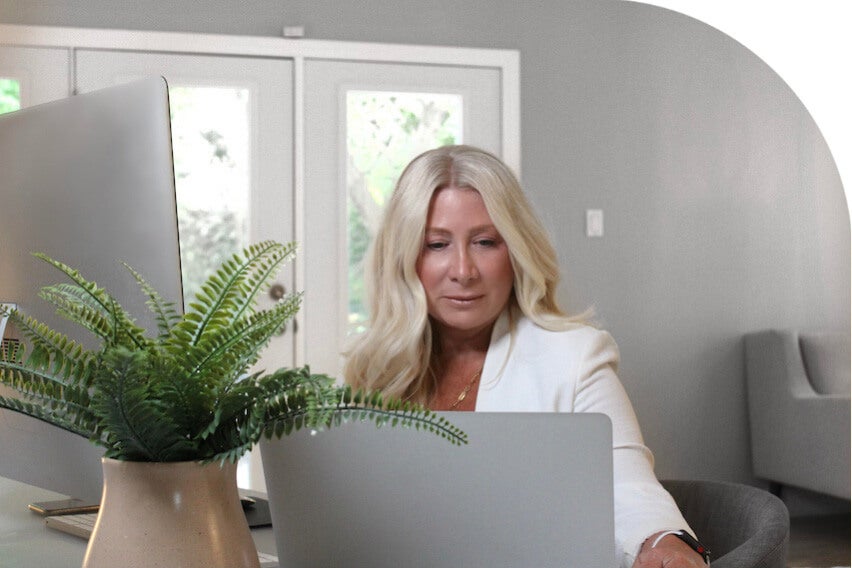 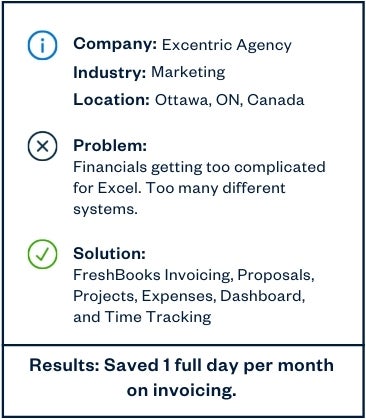 When Victoria launched her Ottawa-based marketing agency 16 years ago, she expected to ease into entrepreneurship. Instead, on day 1 her former employer called up to hire her as a contractor and she was off to the races. From that day, Excentric Agency has seen consistent organic growth.

Rapid growth is the dream, but it comes with its challenges. Victoria didn’t have systems in place—everything was done manually. And it was just her. She was the designer, the marketing expert, the accounts, the admin. It only took a few months to realize that she needed help.

Today, Excentric Agency is a full-service marketing firm specializing in branding with B2B clients in Canada, the U.S., and the UK. Victoria’s 15-person team is a mix of graphic designers, web designers, website developers, marketing strategists, and SEO/PPC experts, plus contract writers and other freelancers.

We spoke with Victoria to learn more about why and how she uses FreshBooks for her agency.

Why did you first look into FreshBooks?

Victoria: We had a client using FreshBooks and she was telling us how great it was. At that time, we were using Excel. And then we had to do our invoices in another program. Because we’re a branding company, our invoices had to look nice. So we had Excel for tracking the financials and then we had another program to make them look pretty and then another system for people to track their time. And it was just it was so cumbersome.

“We can actually say within a Project how many hours we have as a team and we can monitor where we are. [It] gives us really good intel for quoting future projects.”

Which features in the app are most useful for you?

Victoria: I like that we can set up Projects. We do have clients that use us on a monthly basis, but we also win project-based work. So we know based on the price tag of the job, we know how many hours, if we’re estimating correctly, it should take us combined as a team. And it’s important that we know where we are in the hours that we have allotted to that project.

So [in FreshBooks] we can start a Project and we can actually say within the Project, how many hours do we have combined as a team and we can monitor where we are. And then also it gives us really good intel for quoting future projects. Because we can go back into FreshBooks and we can say, “Oh, wow, we were way under on that one, or we were way over on that one.”

And because our team members are logging specific tasks of what they’re doing…we can actually see even where we need to allot more or less time on similar future Projects. So it’s really, really good in that respect.

So it sounds like you’re a fan of the features built for project-based work. Are you using Proposals in FreshBooks too?

Victoria: Yes, and I like that there’s a choice between Estimates and Proposals. The Estimates are great for smaller project-based work, but the Proposal is nice because you can actually do a long-form Proposal in FreshBooks with an overview of the Project.

Sometimes we have 30- to 40-page proposals that we do, say, in Google Docs. We PDF them and we can actually embed the 30- to 40-page long-form quote in the FreshBooks Proposal, so we can just put the pricing and everything for signature in FreshBooks with the attached 40-pager. And then it acts as a service-level agreement. And it’s more like a contract because we can request an actual signature. 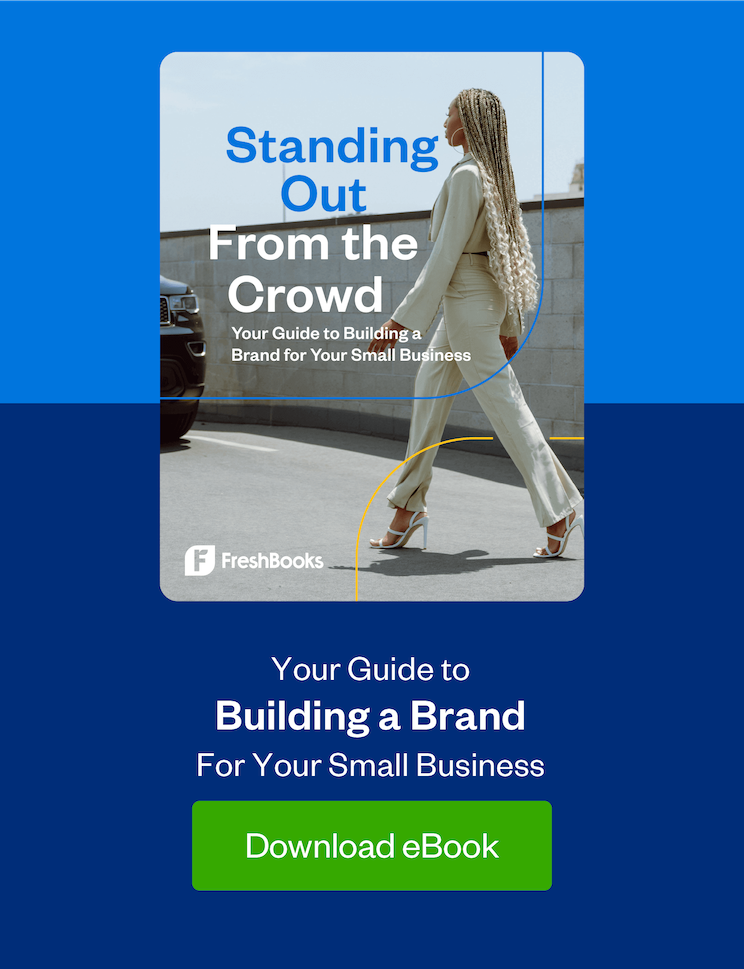 How has using FreshBooks changed how you run your business?

Victoria: Now it’s just so much more efficient. It’s just easy. The Dashboard alone. Just to go and see: How much do I have in receivables? What’s in U.S. dollars, what’s in Canadian dollars? What’s [owing] past 30 days? Just to see that at a glance—it’s fantastic. And to be able to sort. I do that often, for example, when I’m at the end of Q1, I can go and look at, okay, well, what are our earnings for Q1? And then I can see what are our taxes collected so that we know how much of that is tax.

How has it been working with your bookkeeper in FreshBooks?

Victoria: My bookkeeper is added [with the Accountant role] so she can go in and see, what have we invoiced, what have we collected, what tax have we collected. So she just is invited to that. And then every month… I mean, in the old days, I used to have to send her all these attachments of files and now she’s just she can go in and she can just look. So that is really great, too.

“End-of-month invoicing is a breeze now, it really is.”

For businesses like yours that are growing quickly—or hoping to grow—what would you say about investing in FreshBooks?

Victoria: Well, we actually had a record year this past year. And so, you know. Could we have done it without a platform like FreshBooks? I don’t know how we would have, to be honest with you; because as you grow, you need to have processes in place. [There’s] no way we could have grown without the tools in place.

So I would say if they want to keep a pulse on how their company is doing financially, that’s key. And if they want to spend less time on admin, then they should try it out… And honestly, I wouldn’t even say “invest”, because it’s not a lot of money, and the time that you’ll save alone is— your time is more valuable.

Any parting words to share about FreshBooks—good or bad?

Victoria: I know this sounds like a silly thing, [but] I love the new feature of the motivational quotes. You’ve added this is a kind of a new feature where when you’re waiting, instead of looking at a spinning wheel, they serve you with a motivational quote. And I know it’s such a small thing, but I like it. It’s a nice touch. 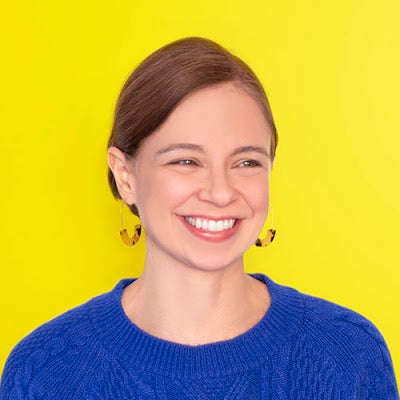