In 2019, we released our third annual FreshBooks Self-Employment in America Report, polling 3,700 full-time workers across the U.S. We found more than 15 million Americans have taken the leap and decided to pursue self-employment – and another 24 million want to join their ranks in the next two years.

Beyond looking at a national snapshot of entrepreneurs across America, we wanted to dig a little deeper into the state of California – after all, it’s one of the world’s biggest hubs for entrepreneurship and innovation. 1 in 8 self-employed people in the U.S. live in California, and 1 in 3 small business owners in California are serial entrepreneurs. On average, they’re now working on their third business.

Check out our infographic below to learn how entrepreneurs in the Golden State are growing their businesses, while helping shape the world of self-employment and the future of work.

In addition, self-employed Californians start building their businesses at a younger age than entrepreneurs in most other U.S. states. The average entrepreneur in California is 40 years old, compared to 42 years old elsewhere in the U.S.

Beyond feeling lonelier and more stressed than the average American entrepreneur, Californian entrepreneurs are typically more concerned with their finances. 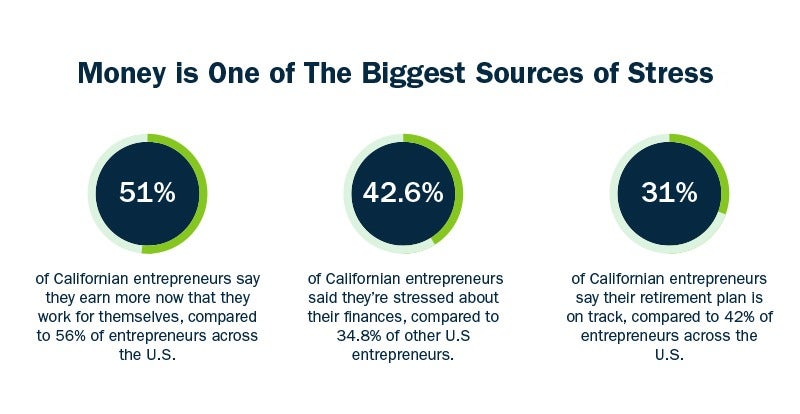 Despite all of the challenges of self-employment, the majority of Californian entrepreneurs struck out on their own to pursue greater fulfillment in their careers. 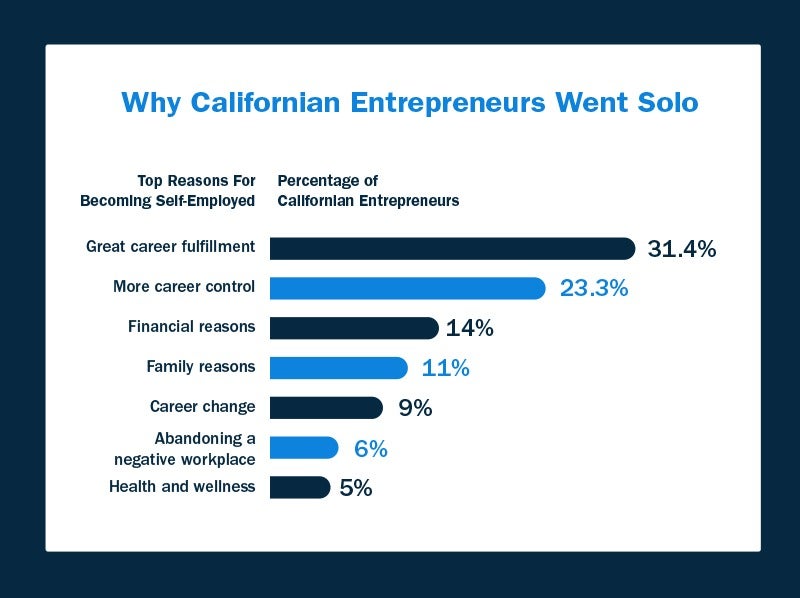 In addition, 43% of Californian entrepreneurs feel the U.S. tax system favours people with traditional jobs over entrepreneurs and small business owners. That’s compared to 51% of entrepreneurs across the U.S.

FreshBooks is the #1 invoicing and accounting software designed exclusively for self-employed professionals and their teams. The company has helped more than 20 million people worldwide process billions of dollars with its ridiculously easy-to-use invoicing, time-tracking, online payments and expense management features. Recognized with eight Stevie awards for best customer service in the world, the company’s mantra is to “execute extraordinary experiences everyday.” Based in Toronto, Canada, FreshBooks serves paying customers in 160 countries. www.FreshBooks.com

Back to Data and Research